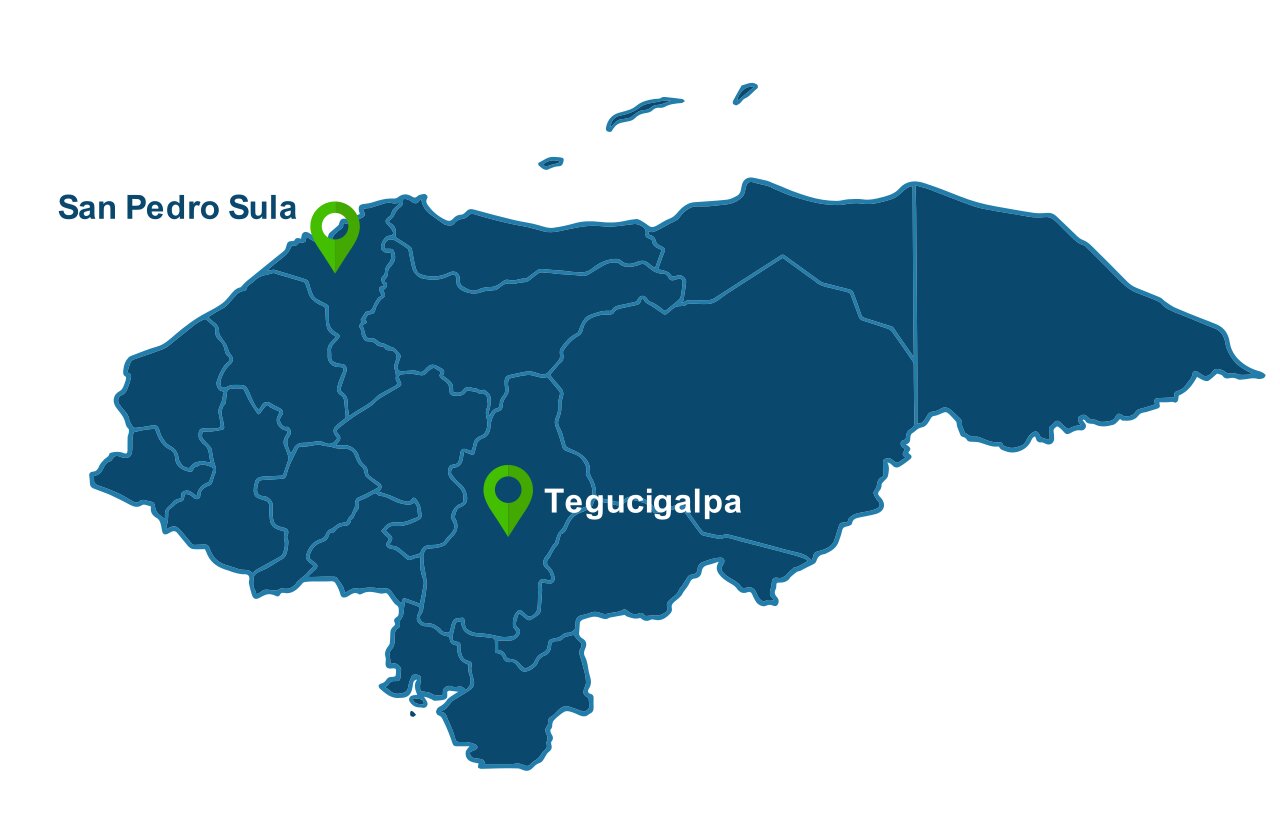 Honduras is considered the heart of Central America because of its location between Nicaragua, El Salvador and Guatemala. The main economic advantages that the country offers are:

The country has seen tremendous growth in the renewable energy industry, adding more than 600 megawatts in photovoltaic, wind and hydroelectric power in recent years. This has been favored by the expansion of Puerto Cortés, the largest port in Central America.

All Honduras products and services have direct access to the main markets of the world thanks to trade agreements, such as CAFTA-DR, which in most product categories eliminates trade barriers between Honduras and the United States, Canada, Central America, the Dominican Republic, Mexico, Japan and Australia. Five years ago, Honduras and Guatemala ¬established a customs union to facilitate trade between the two countries, speeding up the process and reducing costs. Both countries have integrated their trade procedures at three of their common land borders and now each only requires a single online import-export instrument called the Central American Invoice and Declaration. Very recently, they advanced a step further with the unification of customs processes between Honduras and Guatemala, known as the countries of the northern triangle.