On December 1, 2022, the new General Public Procurement Law will enter into force, repealing the Administrative Contracting Law No. 7494 of 1996 and its Regulations. As a result, all bidding participants, companies, and public administrations must seriously prepare to address the changes under the new Law.

From its conception until realization, an ambitious reform was sought that would address the most recurrent criticism of the present model that the Comptroller General of the Republic has a marked reliance on public bodies and entities to ignore the ordinary contracting procedures (those of bidding), and instead use direct purchases or exception procedures.

The Law seeks to (i) impose itself as the only legal framework for this regime; (ii) introduce the principles of value for money, and social and environmental sustainability; (iii) generate a Stewardship for the entire Administration (Central Government and Decentralized Sector) in the form of the Public Procurement Authority (art. 128); (iv) promote a unified digital system as an online platform to be used in all competitions; (v) vary the procedures known today and generate those related to the major, minor, reduced, differentiated, extraordinary, and special bidding, and at the same time modify -not substantially- the recurrent scheme in use at present, and confront the reckless challenges for which economic sanctions are foreseen; (vi) tighten the system of prohibitions, incorporating criminal sanctions, which necessitate due diligence on this topic before even thinking about bidding; (vii) professionalize institutional purchasing managers; and (viii) settle disputes by a Committee of Experts.

The Law is designed to follow, in terms of its scope of application, predominantly objective criteria by covering all contractual activity that totally or partially uses public funds (art.1). It also contemplates the repeal of contracting schemes scattered among certain norms of other laws (art. 135), as is the case of those until now included in the Law for Strengthening the Telecommunications Sector, the Law of the Railway Institute, or the Law of the National Insurance Institute.

In summary, the new Law demands more professionalism and greater care in the matter by both State institutions and businessmen. From our trench as legal advisers for corporate groups, we warn of the greater internal risks influenced by the regulatory complexity that the Law represents and that at the same time makes fluid communications between those in charge of sales with technicians, operations, and management groups to achieve greater proactivity (legal, technical and financial) to survive the process of public purchases. 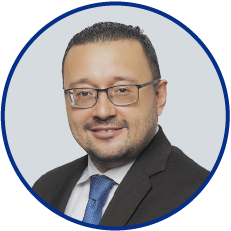